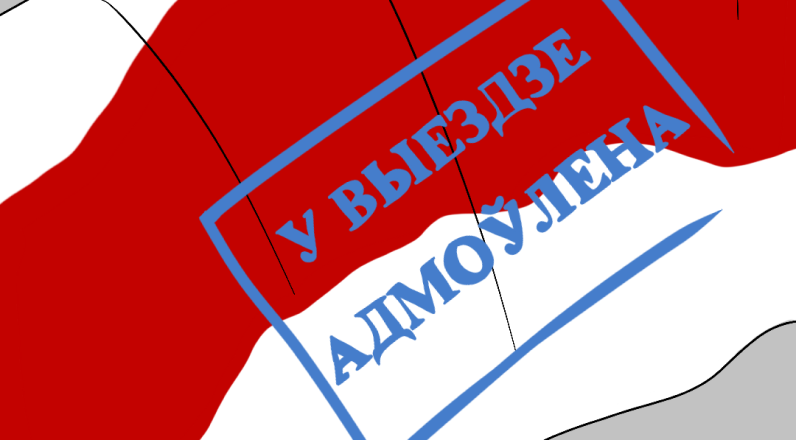 We, Natalia and Alexander, have been in the streets and squares with all the people since June 2020. Besides participating in rallies and protests, we were never afraid to express our civic position in life and on social media. In March 2022 Alexander was detained. After 2 months in pre-trial detention, in May Alexander was sentenced under article 368.1 to 2 years of “chemistry” with a referral. He filed an appeal. The court of appeal was set for July. Alexander was released from the courtroom on his own recognizance.

After that the regime started putting pressure on the business. We were running a farm together with my family. In the middle of June the district executive committee told us in plaintext that the business would be closed. Natallia started to be summoned to the police. At that time my daughter was passing her college exams. So we decided to leave the country for Georgia right after the session. At the end of June my wife was also asked to sign off, and before that she had to show her photo and geolocation from the protests. At the beginning of July, we left for Georgia. My daughter by bus, and us by our own car.

When we went through the checkpoint in Upper Lars, we were turned away, and the Ministry of Internal Affairs told us that there was a travel ban. My daughter got through and is now in Tbilisi. We tried to go through Abkhazia, but it turned out to be impossible. Then we decided to try to get into Ukraine.

We tried to leave for Ukraine on foot near the junction of the Kharkiv and Sumy regions. We were detained by the Russian occupants. We spent the night at some border checkpoint, and after nightly mockery and humiliation we were fined 2,000 rubles and released.

We had no other choice but to go to our distant relatives. We are now staying with them. Until the question of the child was resolved, we took no action. However, at the moment we need money for living, moving and settling down in another country.

4400€ — moving to Georgia for two people; accommodation for the first time