94 Years in Prison for All — Support the Political Prisoners 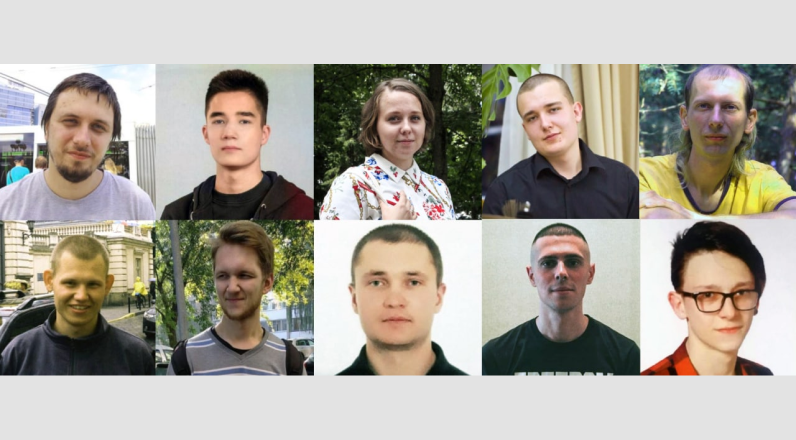 Marfa Rabkova, coordinator of the volunteer service of the Viasna Human Rights Center, Andrei Chepyuk, a volunteer of Viasna, and eight political prisoners were charged with arson of the building of the tax inspectorate in Gomel in March 2017. Other defendants are accused of throwing a smoke bomb at the building of the Brest regional department of the Ministry of Internal Affairs' Main Directorate of Internal Affairs in June 2016, damaging banners depicting police officers, damaging the Belteleradiocompany building, setting fire to a billboard in Ivatsevichy in 2016-2020, holding blockade actions in Brest in May 2018 and calling for “harm to national security of Belarus.”

Lukashenko's dictatorship is afraid of these brave, honest and talented people. It is fear that motivates this political animal, cornered by its own hands, to show such aggression.

Viasna's statement on the sentencing of Marfa Rabkova and Andrei Chapyuk.