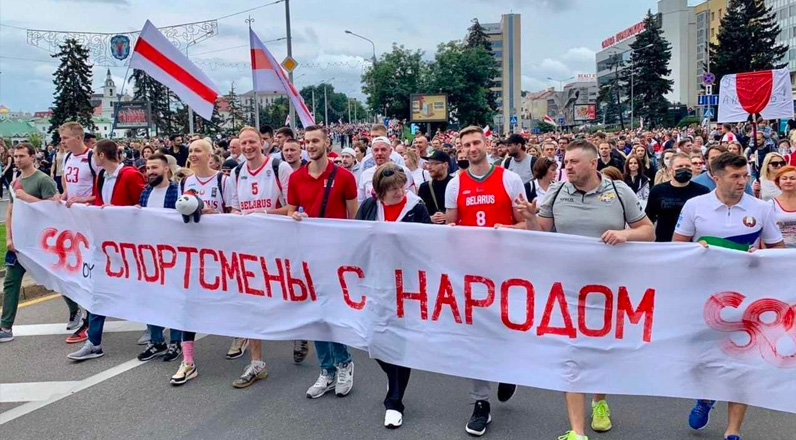 Belarusian Sport Solidarity Foundation (BSSF) began its activity in August 2020 in response to political events in Belarus. It was founded by famous sports functionaries and outstanding sportspersons.

From the 16th of August till the 21st of September more than 500 representatives of sports signed an open appeal to Belarusian government with the requirement to admit that the results of the presidential election in 2020 are invalid and with the requirement to stop the violence and free all the political prisoners of Belarus. In October, more than 800 Belarusian sportsmen issued a statement against violence in Belarus. Illegitimate authority answered with repressions, dismissals and fines.

The Fund assists free sportsmen who were fired, excluded from the national team or were affected in any other way for their civil stance after the presidential elections of the 9th of August. Alexandra Herasimenya — two-time vice-champion of the 2012 Olympics, bronze medalist of the 2016 Olympics in swimming — is the chairman of the Fund.

The Fund provides the following kinds of help:

We've often heard that sports is not a place for politics. But right now sports is a political arena where unique events take place. These events influence the political situation in Belarus. Our athletes have accepted both victories and defeats with dignity. You defended the honor of our country, and now the time has come for the country to protect you.