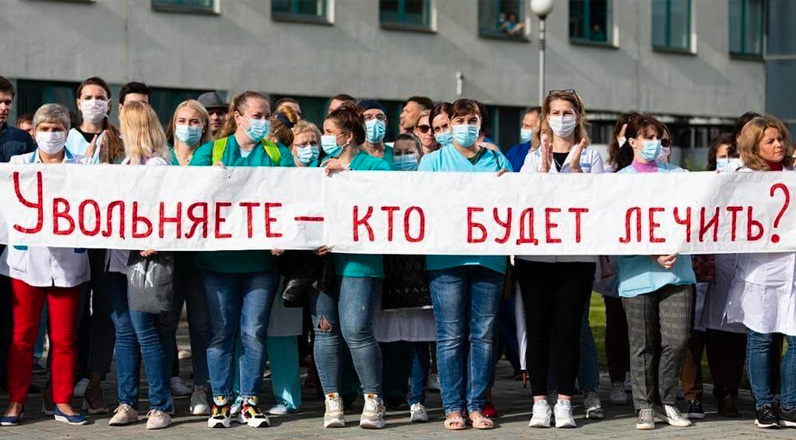 From the very beginning of the protests, doctors were at the forefront of the struggle. They were the first to face the monstrous traumas of the protesters, saw with their own eyes the consequences of all that horror of torture and abuse by the security forces, created volunteer groups to help on marches, and were on duty under isolation wards and prisons. An open letter from doctors against violence and for the new elections was signed by more than 4,500 medical workers.

According to the Foundation, more than 200 doctors and nurses, more than 50 students have been repressed. Some also became victims of beatings, many were fined, sentenced to administrative arrests from 3 to 45 days. A number of criminal cases have been initiated. Dismissals and harassment of doctors for political reasons continue every day.

By making a donation to the Fund, you are helping doctors: