Assistance in the reconstruction of the grave of Claudius Duzh-Dushevsky, author of the national flag and coat of arms 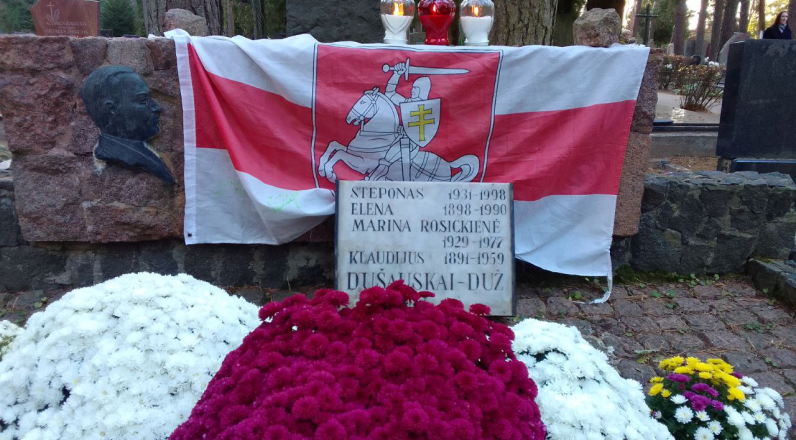 The Belarusian diaspora of Kaunas is announcing a fundraiser to restore the grave of Claudius Duzh-Dushevsky, the author of the national flag and coat of arms. It is planned to translate the inscription on the tombstone into the Belarusian language, to install two flagpoles for the white-red-white flag and coat of arms “Pagonia”, and to restore the tombstone. It is planned to invite Belarusian designers and artists to design the inscription and the grave space. The solemn opening will be timed to the Day of Will — March 25.

Claudius Duż-Duszewski is a member of the BNR, author of the White-Red-White Flag, architect of the LitBudProject, associate professor at Kaunas University. He was twice arrested by the Soviet authorities and imprisoned. He was also a prisoner of a German concentration camp. He was posthumously awarded by the president of Lithuania for helping Jews during World War II.

We, the Belarusian diaspora of Kaunas, believe that respect for historical memory is the path to historical justice. Join our cause by making a donation to a great Belarussian creator and humanist.

2000€ — administrative costs for cemetery reconstruction documents; making the inscription; updating the stone on the monument; 2 flagpoles for the BCB flag and Lithuanian symbols; honor guard of BNR fighters.